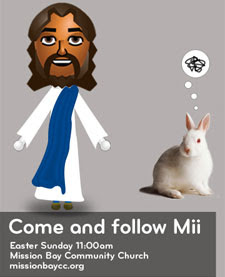 Coffee experiment: It's over

The experiments are over. I have had two straight delicious, non-leaking perfect coffees, not too hot or cold, no leaking, no dirty looks from the cashier ladies, no defective lids, and yet, no winners.

Labels: Coffee, experiments, Roll Up The Rim To Win Links

I'll try to make this brief.

Part 5 coffee lid wasn't perforated properly. One side opened as usual but I had to tear the other just to lift it. Right away alarms were going off in my head as I knew I would be writing this blog to tell you that I had lost due to a defective lid.

Conclusion: If the lid is defective, you are going to lose.

Next coffee, I am pretty sure she gave me cream instead of milk by accident.

Conclusion: If you don't get what you ordered, you are going to lose.

Today's coffee. Looks like they ran out of milk. I got maybe a drop and she didn't bother opening up a new carton and instead just poured the coffee into maybe 1/4 of the milk I should have received.

Conclusion: If the Tim Horton's server is too lazy to get more milk, you are going to lose.
posted by ebrian @ 4:17:00 pm 0 comments

As usual we went for coffee and I got my coffee. The thing is my friend was going to redeem his free coffee, so I didn't know if that affects mine or not. I tried to act like I didn't know him when we got to the front of the line, because you never know right?

As we were walking back to the office I noticed that the coffee kept dripping out. Little drops fell into my hand and I'm thinking oh man, this coffee cup is defective. It must be a loser.

I got upstairs to my desk and opened it up, and holy crap it was full right to the brim. The miniscus was all that was keeping it from spilling! What in the world.

I took a big whiff of it, it smelled fine, it wasn't as hot as I'd like it to be but it tasted fine as well.

Conclusion: If the cup is leaking or filled too high, you are going to lose.
posted by ebrian @ 2:32:00 pm 0 comments

I remember listening to Freebird for the first time in my life. I was standing in front of my television with a plastic guitar controller strapped to me. My brother and I had been taking turns on songs to finish up Guitar Hero, and we had done it, we'd finished the game. The game called for an encore and was preparing us for one final big finish song, and they said it was a song called "Freebird". Of course neither of knew what it was, so we were excited. The game kept asking:

And we were thinking YES damnit, let's play it!

So I'm playing the song, for about 5 minutes I was there, playing the guitar, and it was a joke. Turns out Freebird is a slow song by Lynyrd Skynyrd. Maybe it gained popularity because of it's lyrics? It's a slow song so it's a little bit anti-climatic. After all the songs we thrashed our way through, to end it all with this soft song, it's nice but it's not what we had hoped for.

So 5 minutes into the song, I'm getting bored and wondering if maybe I can transfer the guitar over to my brother and let him go for a few minutes. But then, hello, it starts to speed up a little bit. It's getting faster. Next thing I know, the tempo quickens and I'm playing a short solo, only it's not a short solo, it's a long song, like 2 minutes. Then 3. Then 5. What's this, a 10 minute solo? I'm going crazy now, my brother is like "what the heck.. does it end?", and I'm like "OMG this song rocks". I'm playing this impossible solo that I can barely keep up with and it lasts forever. It's like a crazy mother of a song, 15 minutes in total and the second half sounds nothing like the first. Just when you think it's over, it starts again. The two of us are going nuts. What the heck is going on, does it ever end?

Finally, the song ends. We erupt in excitement over what has just transpired. I feel like I just ran the marathon. My fingers are exhausted and I'm sweating like a hog. We go from "What the heck is Freebird" to "OH EM GEE.. Freebird is the best EVAR!".
posted by ebrian @ 2:26:00 pm 0 comments

My efforts to make a completely ridiculous conclusions from Tim Horton's Roll Up The Rim To Win continues. Yesterday I went to redeem a free coffee, being careful not to reveal that I had the winning rim until after they had selected the cup and poured the coffee. Because hey, you never know right?

I opened up the lid to take that initial first whiff. It smelled burnt. It smelled like they had used burnt roasted beans or something, but either way it just did not smell right. Now if you take into account the conclusion from Part 2, you know what I was thinking -- "this coffee doesn't smell right, therefore it will not taste good, and therefore it will not be a winner".

But amazingly its taste did not agree with its smell -- the coffee tasted fine. In fact it was better than fine, it was nearly 90% as good as the the winning cup. So there I was thinking, the coffee tasted fine, but it didn't smell right. As far as I could remember, the winning cup of coffee smelled normal. I mean, it's not like I noticed anything peculiar about it, right? What does this mean?

Conclusion: If your Tim Horton's coffee doesn't smell right, it is not going to be a winner.

I'm trying to think of the last time my coffee tasted as good as it did today, and I think the last time was actually when I decided to try some Country Style coffee about a month ago. It tasted sweeter than usual.. like the sweet taste of victory.

Anyway, today's results were rather astonishing because they in fact somewhat contradict my previous findings. The coffee, as I mentioned, was fantastic. But what's surprising was, I didn't even check the result until after I finished drinking. So in all likelihood it COULD have been a losing cup. But it wasn't -- it was a winning cup.